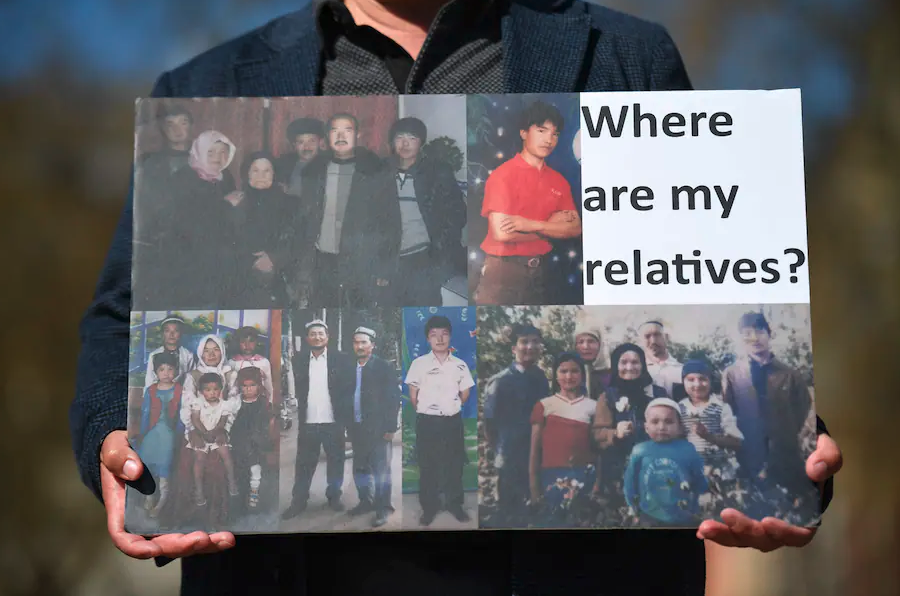 Posted at 10:50h in Press Coverage by benjamin32@fastmail.fm
4 Likes
Share

An independent tribunal in London began hearing testimony from witnesses and experts on Friday to determine whether the Chinese government has committed genocide in the Xinjiang region — in proceedings Beijing has called a “farce” and a “special machine producing lies.”

The Uyghur Tribunal, made up of human rights lawyers and experts, is expected to hear dozens of accounts over four days in what will be the most comprehensive public airing of evidence since allegations of abuses of Uyghurs, Kazakhs and other Muslim minority groups in China emerged more than three years ago.

Friday’s hearing was to include first-person accounts of forced sterilization and rape, torture, the forced separation of children from their parents, arbitrary detentions and arrest, and mass surveillance and intimidation, according to submitted testimonies.

Organizers, describing the proceedings as a “people’s tribunal,” have said they hope the judgment made by an eight-person panel will help governments evaluate their response to the situation in Xinjiang. The tribunal is not backed by a government and its determination, to be made by December, is not legally binding.

“People’s tribunals can do, in some regard, what formal courts should be doing. They can provide a body of evidence. They can provide closure and some sense of justice,” said Nicholas Vetch, vice chair of the tribunal, in a video news release. “They provide a judgment which requires states to consider how they interact with the People’s Republic of China.”

The tribunal, organized at the request of the World Uyghur Congress, an advocacy group, is one of few channels available to those hoping to spur the international community to action. The Number 3 Detention Center in Dabancheng, in China’s Xinjiang region, on April 23. Human rights groups and Western nations have accused China of large-scale abuses against Uyghurs and other minority groups. (Mark Schiefelbein/AP)

Last year, activists called on the International Criminal Court (ICC) to investigate abuses in Xinjiang but in December prosecutors declined, citing a lack of jurisdiction. China is not a party to the ICC. The International Court of Justice can only take up cases approved by the United Nations Security Council, of which China is a permanent member.

Testimonies on Friday included those of Qelbinur Sidik, an ethnic Uzbek woman from Xinjiang and former teacher at an internment camp. In written testimony, she described being forcibly sterilized and hearing guards brag of raping female inmates.

She said she was harassed by a Chinese minder sent to her and her husband’s home as part of a government “Becoming Family” program. She described what she said were unwanted advances from the minder, who pressured her to sleep in the same bed with him and would hug and kiss her when she was cooking, she wrote in testimony. “As a vulnerable woman, what can I do? I shouted at my husband if he is alive or dead,” she wrote.

Another witness, Patigul Talip, from Kucha in Xinjiang but who now lives abroad, said authorities retaliated against her relatives in China for communicating with her and her husband. Authorities have not let her children leave. Of her eldest son, she said, “I do not know if they have killed or imprisoned him.” She said her children were being “punished” for failing to convince their parents to return to China.

Other witnesses include Asiye Abdulahad, who was behind a trove of leaked files detailing the government’s measures of surveillance and mass internment. Omir Bekali, one of the first former detainees to speak out about his experience in an internment camp, was also scheduled to speak.

“I am testifying to what I personally experienced: torture and persecution,” he said, describing being strapped to a bed for three months. During days of interrogation he said he was forced to sit in a “tiger chair” and hung from a ceiling.

“I was locked inside their secret reeducation camp. The truth of this must come out,” he said before the hearing on Friday.

Zhao Lijian, another Foreign Ministry spokesman, said last week that the London forum is “not even a real tribunal, … only a special machine producing lies.”

In March, China placed sanctions on the chair of the tribunal, Geoffrey Nice, who led the U.N. prosecution of the former Serbian leader Slobodan Milosevic. The tribunal said in a statement that the sanctions would not affect the proceedings.

The group said its final judgment would be “impartial,” and given only after “all available evidence from every party” is heard.

“We have invited the [People’s Republic of China] to provide evidence and hope it will participate,” it said last week. Organizers said China had not responded to the invitation.