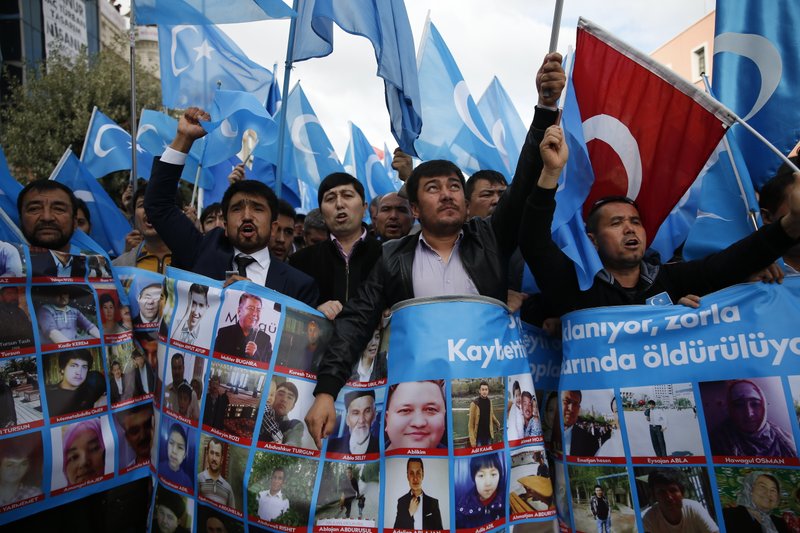 LONDON (AP) — An independent tribunal in Britain aiming to establish whether the Chinese government’s alleged rights abuses against Uighur Muslims in the far western Xinjiang region constitute genocide is expected to hear dozens of witness testimonies when it holds its first public hearing in London in May.

Organizer Nick Vetch said Thursday a eight-member panel that will act as a jury has been finalized, and that researchers for the tribunal were sifting through about 1,500 documents and pieces of evidence submitted from different countries.

The tribunal, which doesn’t have government backing, will be chaired by prominent barrister Geoffrey Nice, who previously led the prosecution of ex-Serbian President Slobodan Milosevic and worked with the International Criminal Court.

Panel members will consider allegations that Chinese authorities are perpetrating crimes against the Uighur minority including torture, rape, enslavement, forced separation of children from their parents and forced sterilization. While the tribunal’s judgment is not binding on any government, organizers hoped that the process of publicly laying out evidence will compel international action in tackling the alleged abuses in Xinjiang.

Around 30 witnesses and experts are expected to give evidence at the first public hearing, set for May 7 to May 10 in central London. A second session is expected to take place in mid-September, and the tribunal hopes to issue a judgment by the end of the year.

Written witness testimonies include submissions from “people who have had direct experience or tangential experience, alleging relations or family members are missing,” Vetch said, as well as a substantial number of expert witness accounts, some not yet published.

The evidence will be considered by a panel consisting of academics, lawyers and an ex-diplomat. The panel has been selected to represent diverse backgrounds and no expert on China was included on purpose, Vetch said.

The tribunal is the latest attempt to hold China accountable for its treatment of the Uighurs and other predominantly Muslim and ethnic Turkic minorities, who have been subjected to an unprecedented crackdown that is increasingly drawing international concern.

Former U.S. Secretary of State Mike Pompeo declared before he left office that China’s policies against Xinjiang’s Muslims and ethnic minorities constituted crimes against humanity and genocide. His successor, Antony Blinken, reiterated the statement on his first day in office.

Researchers and rights groups estimate that China has rounded up a million or more Uighurs and other minorities into prisons and vast indoctrination camps that the state calls training centers since 2016.

In declaring genocide, Pompeo cited widespread forced birth control and forced labor among Uighurs. The Associated Press reported last year that the Chinese government was systematically forcing sterilization and abortion on Uighur and other Muslim women, and sent many to camps simply for having too many children.

China denies any abuses and insists that the steps it has taken are necessary to combat terrorism and a separatist movement. Officials have lambasted Pompeo’s declaration and accused him of trying to undermine Beijing’s relations with President Joe Biden.

Vetch said the tribunal has written to the former and current Chinese ambassadors to London to request the Chinese government’s presence and cooperation, but so far received no response.