‘The horror made me wonder if they are human’: UK inquiry examines China genocide allegations 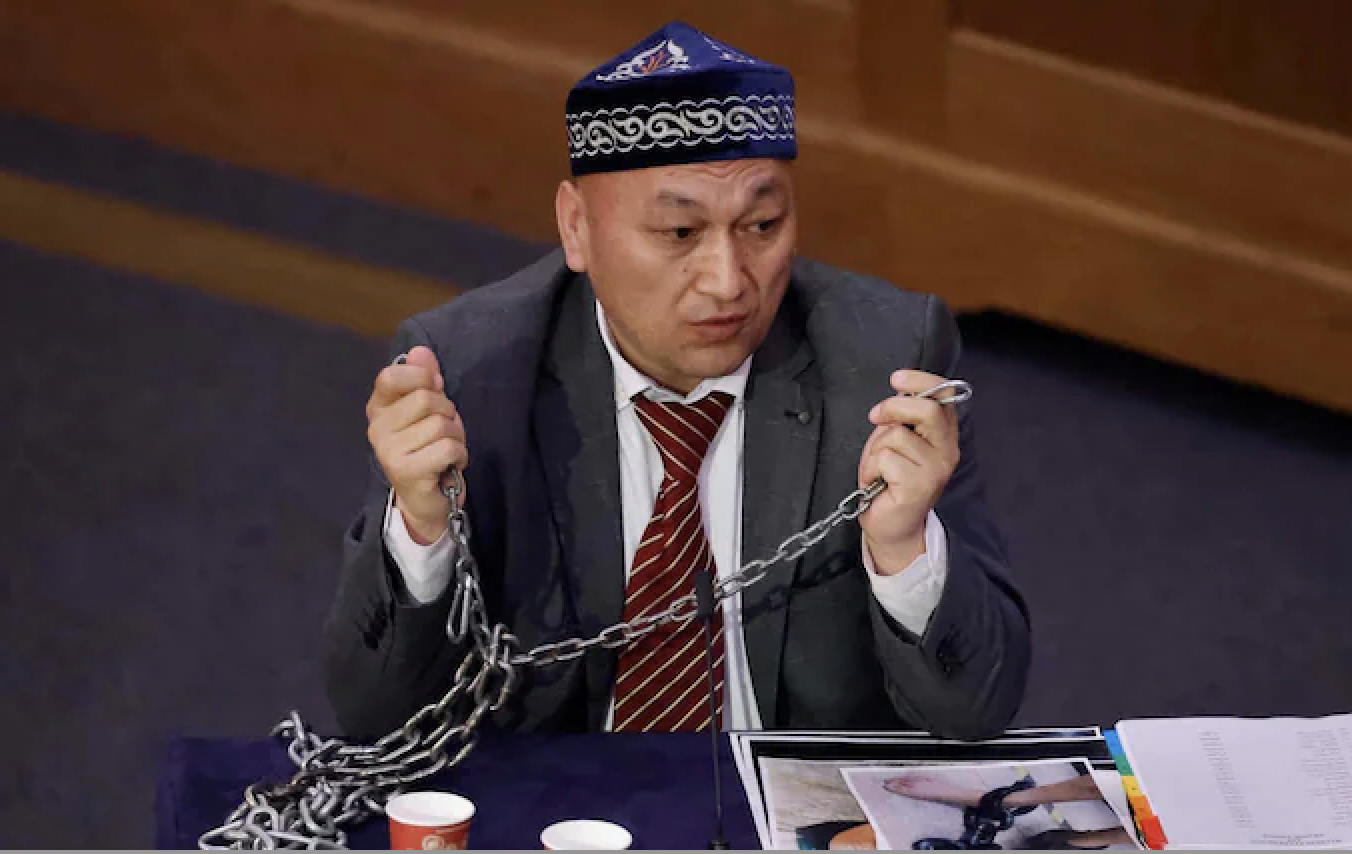 04 Jun ‘The horror made me wonder if they are human’: UK inquiry examines China genocide allegations

Uyghur Muslims are shackled with “tiger chains”, tortured, forcibly sterilised, raped, and live in fear under mass surveillance, an independent London tribunal heard on Friday, as it seeks to assess claims that Beijing is committing genocide in the Xinjiang region.

The Uyghur Tribunal will hear dozens of testimonies over four days in what campaigners hope will be the most comprehensive public investigation since allegations of abuses against Muslims in China emerged more than three years ago.

The evidence includes claims that more than 5,500 people from the Uyghur minority group are currently missing in China.

Beijing has launched an aggressive public relations campaign to counter such accounts and has repeatedly tried to undermine the Uyghur Tribunal, and has recently described the proceedings as a “farce” and a “special machine producing lies”.

The Chinese government has characterised its mass internment of Muslims in the Xinjiang region, where most of the country’s Uyghurs, Kazakhs and other Muslim minority groups live, as a push to bring destitute people into the “modern, civilized” world.

However, the tribunal is set to hear a range of first-person accounts from alleged victims of forced sterilization and rape, torture, arbitrary detention and arrest, mass surveillance and intimidation, and forced separation of children from their parents.

On the first day of the hearing, the tribunal heard that there are 232 concentration camps, 257 prisons, and 5,567 missing people in Xinjiang, according to the Uyghur Transitional Justice Database (UTJD)

Giving evidence to the hearing, Omir Bekali, one of the first people to speak out publicly about his experience in a re-education camp in China’s Xinjiang region, told how he was tortured and tied up with chains.

In his written evidence, he told how a hood was placed over his head and he was taken by a policeman to a “a place like a hospital where a full body examination took place while my hood was still on”.

Days later he was taken to the basement of a police station where he was allegedly tortured: “They hung me from the ceiling. They chained me to the wall and beat me with plastic, wooden, electric batons and metal wire whip.

“They forced me to accept three crimes: instigating terrorism, organising terror activities, and covering up for terrorists. I denied everything.”

“Experiencing horror non-stop makes you wonder whether these people are human,” he told the tribunal via a translator.

Another alleged victim, Patigul Talip, broke down in tears as she held up a photo of her family. “Both my son and my daughter, I don’t know whether they are alive or dead,” she said. Patigul Talip (left) reacts as she speaks on the first day of hearings at the Uyghur Tribunal, which plans to issue a verdict on whether Beijing has perpetrated genocide or crimes against humanity against Uyghurs and other Muslim groups in China CREDIT: Tolga Akmen/AFP via Getty Images

Ms Talip said she and her husband fled China after he was allegedly imprisoned and beaten for teaching the Arabic alphabet and the Quran.

They tried to get their children out of China and into Sweden but claimed that the kids were hauled off the plane as it was about to take off from Beijing.

She last had direct contact with them in 2015, she added.

“Only mothers who have children can understand the pain, how a mother would suffer.”

In another written testimony, Qelbinur Sidik, an Uzbek woman from Xinjiang and former teacher at an internment camp, described being forcibly sterilized, hearing guards brag of raping female inmates, and being sexually assaulted by a Chinese minder sent to her home as part of a government integration program. Qelbinur Sidik shows a picture purported to be of a detention camp, to the panel of the independent Uyghur tribunal during the first session of the hearings CREDIT: Alberto Pezzali/AP

The Tribunal is independent, not backed by any government and its determination (to be made by December) is not legally binding.

However, the panel hopes that the final ruling will help governments around the world evaluate their relations with China.

It was organised at the request of advocacy group the World Uyghur Congress in the hope of garnering international support and action.

It is being chaired by Sir Geoffrey Nice QC, who previously led the prosecution of Serbian war criminal Slobodan Milosevic at the International Criminal Tribunal.

Last year, activists called on the International Criminal Court (ICC) to investigate abuses in Xinjiang but prosecutors declined, claiming a lack of jurisdiction because China is not a member state.