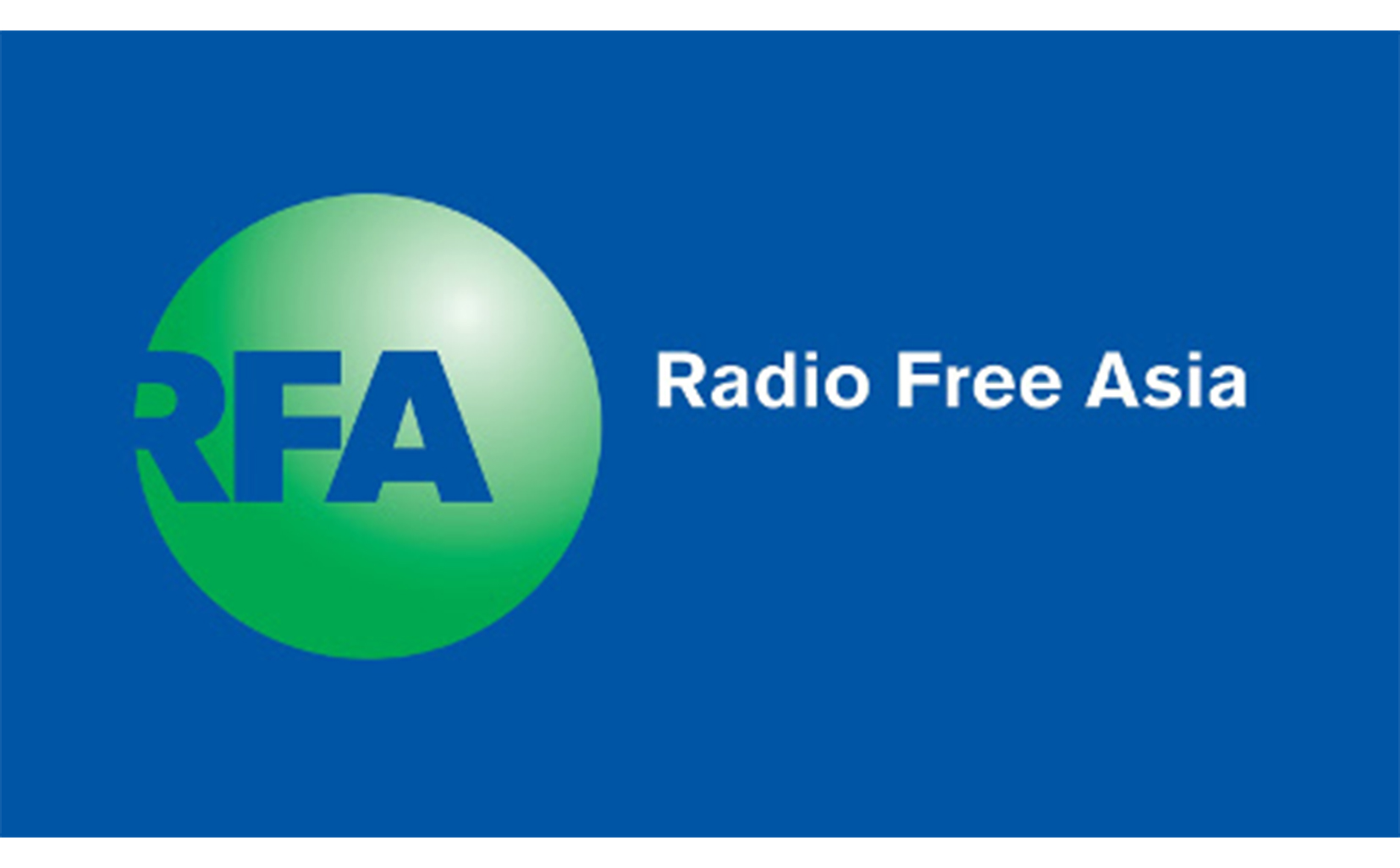 Witnesses and experts provided grim testimony about torture, rape, and other human rights violations in the Xinjiang Uyghur Autonomous Region (XUAR) at the opening day of a tribunal in London investigating whether China’s treatment of its ethnic Uyghurs and other Turkic Muslims constitutes genocide.

Kicking off a series of hearings known as the “Uyghur Tribunal” to run on June 4-7 and again in September, Uyghur exiles described forced abortions, arbitrary arrests, and forced labor in Xinjiang, while international legal experts weighed in on the applicability of laws on genocide and other statutes.

The tribunal has no state backing and any judgments will be nonbinding on any government. Beijing has denounced the tribunal and smeared its participants.

More than 30 witnesses and experts are providing testimony during the sessions held at the conference center of Church House, the London headquarters of the Church of England in Westminster. Nine people spoke at the session on Friday.

“My characterization of what is happening to Uyghurs and other related Turkic Muslim peoples in the Xinjiang Uyghur Autonomous Region (XUAR) as ‘cultural genocide’ emerges from my analysis of both the actions taken by the state against these peoples since 2017 and the context in which they are taking place,” said Sean Roberts, an international affairs professor at The George Washington University.

“The actions themselves are more than the implementation of a random collection of repressive policies,” he said in written testimony prior to Friday’s session.

“Rather, they form a complex of policies, which are destroying Uyghurs’ sense of nationhood. The context in which they are being carried out is that of China’s settler colonization of the territory Uyghurs and other Turkic Muslims peoples view as their homeland,” said Roberts, who wrote a book on China’s efforts to wipe out the cultural identity of the Uyghurs.

China has held up to 1.8 million Uyghurs and other Muslim minorities in a network of detention camps since 2017.

Beijing has said that the camps are vocational training centers or re-education centers and has denied widespread and documented allegations that it has subjected Muslims living in the XUAR to indiscriminate killings, torture, rape, enslavement, forced separation of children from their parents, forced sterilization, labor, enforced disappearances, destruction of cultural and religious heritage, persecution, forced marriages, and the imposition of Han Chinese men into Uyghur households.

Muetter Illiqud of the Uyghur Transitional Justice Database, a Norway-based project that records disappeared and extrajudicially detained Uyghurs in the XUAR, said in written testimony that the Chinese regime has been actively executing coercive ethnocentric Sinicization policies to erase Uyghurs’ language, culture, and belief system.

“Sinicization implies the diffusion of Chinese culture and influence, in this case to the detriment of local minorities’ cultures,” she said. “These specifically targeted assimilation policies have had an enormous impact on the social interactions and the collective psyche of the Uyghur people both at home and abroad, which in recent years also started to impact the lives of other Turkic/Muslim peoples in East Turkistan.”

Quelbinur Sidik, a teacher born in Urumqi who was assigned to teach Chinese in both a men’s and women’s re-education camp for nearly two years provided witness testimony on unsanitary conditions in the camps and evidence of rape, forced sterilization, and the forced medication of Uyghurs.

“Male police officers really like working in female camps, as most of them volunteer to be in these camps,” she said in her written testimony. “They brag about whom and how they raped during their inner circles after getting drunk, and that’s how the news got out at the first place.”

Quelbinur also said that she found out that all women in the camp where she taught had received periodic shots to stop their menstrual cycles, and that some experienced side effects such as severe bleeding from both the shots and pills they were given.

The inmates were given only water and a small bun to eat, she noted. “No wonder they’re losing weight day by day and look sicker and sicker,” she said.

“It’s one thing that they don’t feed them enough, leave them in cold rooms without proper clothes, but they also beat them, rape and torture them, make them confess to the crimes they didn’t commit,” Quelbinur said.

Omir Bekali, a Uyghur of Kazakh decent who spent nine months in three camps on allegations of terrorist activities, recalled the maltreatment and torture he suffered at the hands of authorities.

He said that in one camp he was placed in a 22-foot cell with 45 to 50 others, though the cell was meant to hold only up to 16 people, and that cameras monitored the inmates.

“We gave blood from time to time,” Omir said. “We were forced to take unknown medicines. People were removed if they experienced changes on their bodies, such as tumors. Similarly, young men between the ages of 16 and 40 disappeared frequently. Among them were businessmen, cadres and employees.”

China has rejected and derided the Uyghur tribunal in the run-up to the hearings.

Responding to a question about the Uyghur Tribunal at a news conference in Beijing on Thursday, China’s Foreign Ministry spokesman Wang Wenbin said it was neither “legal nor credible” and called the tribunal “just another anti-China farce concocted by a few individuals.”

“In fact, this so-called ‘tribunal’ has nothing to do with the law,” he said. “It attempts to run in the name of ‘tribunal’ to engage in anti-China political and public opinion manipulation. This is nothing but an insult on the law.”

The Uyghurs are a predominantly Muslim group estimated at more than 12 million people in the XUAR. Smaller numbers of Kazakhs and Kyrgyz, fellow Turkic speaking people, have been incarcerated in the camp system.

The allegations, if proved, could implicate China in a campaign to deliberately destroy the Uyghurs, and constitute the commission of genocide as defined in Article 2 of the Genocide Convention of 1948 to which the country is a signatory and ratifying state.

The U.S. State Department — as well as parliaments in Canada, the Netherlands, the UK, and Lithuania — have described China’s actions in the region as “genocide,” while the New York-based group Human Rights Watch says they constitute crimes against humanity. The Italian parliament voted unanimously last week to condemn Chinese atrocities against Uyghurs and other Turkic peoples.

Schona Jolly, a London-based international human rights and equality lawyer and writer, submitted written testimony for Friday, but did not appear at the proceedings.

“The severe ill-treatment, repression and abuse of Uyghurs and other Turkic Muslims by the Chinese State has been widely reported and these allegations have emanated from a number of diverse and credible sources,” she wrote.

Jolly also said that because China has no “reliable avenues” for a fair, independent, and impartial resolution within the country, it is reasonable for outside parties to turn to international legal mechanisms to enforce China’s obligations under international law.

“There exist, however, certain limitations upon holding China legally accountable for alleged violations/crimes,” he added. “These include the fact that China has placed reservations on the dispute resolution clauses, complaints clauses, and inter-State resolution mechanisms that would allow the treaties to which it is a State party to be enforced.”

The two international courts that can issue formal rulings on China’s policies in the XUAR have not taken up the case. China is not a party to the International Criminal Court (ICC) and therefore is not bound to submit to a trial.

The International Court of Justice (ICJ) can only pursue a case that has been approved by the United Nations Security Council, where China’s permanent membership in the Council gives it veto power over any such decision.

A second set of hearings will be held on September 10-13. The tribunal is expected to issue a final verdict on whether China is committing genocide or crimes against humanity in the XUAR in December.