Hacks, threats and propaganda: how China tried to discredit the Uyghur Tribunal 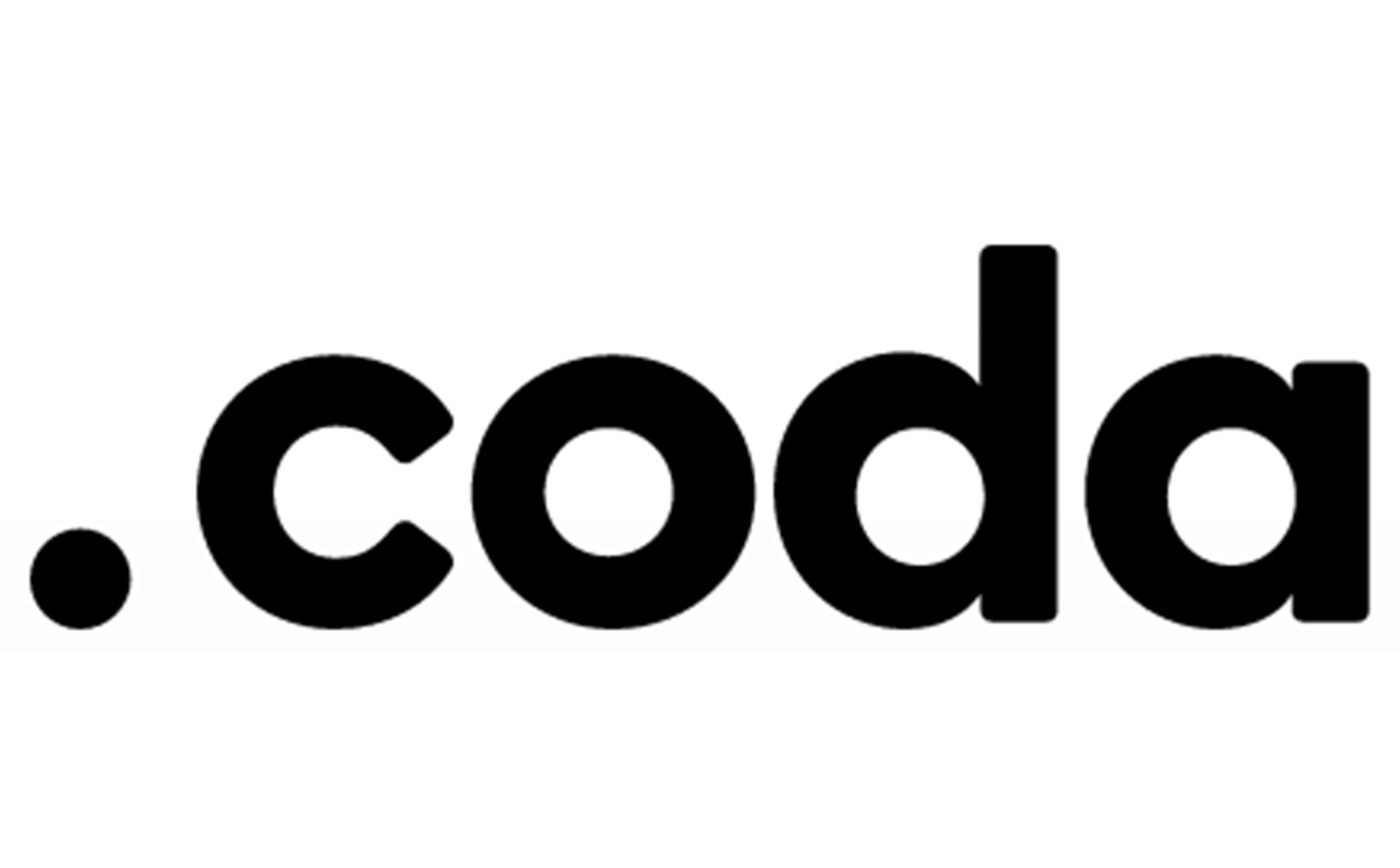 16 Sep Hacks, threats and propaganda: how China tried to discredit the Uyghur Tribunal When Xinjiang camp survivor Erbakit Otarbay, from Kazakhstan, decided to give evidence at London’s Uyghur Tribunal earlier this week, he felt proud of himself. Here was a chance to be a witness at an independent hearing that sought to investigate the human rights crisis in the northwest of China. Before a panel of judges, he would be able to recount the horrors he experienced in government-run detention centers between 2017 and 2018, after visiting family in Xinjiang.

Otarbay, 47, secured a visa from the British Embassy in Kazakhstan, and prepared to go to London in September. He told only a few close friends. But, before long, the phone calls started.

Two or three times a day, a man calling himself “Bakhyt” from Kazakhstan’s state security service began calling him, warning him not to go to attend. “If you go, it might affect your family, your future,” the man told him. “You should think of your family members in Kazakhstan, and in China.” He continually asked Otarbay if he would come and meet him in a coffee shop or a restaurant to “talk, face to face.”

When the day came to fly to London, Otarbay went to Almaty airport. There was a very long pause as the border official looked at his documents, before refusing to let him board his flight. “I was shaking. I was so scared that they would arrest me,” Otarbay said.

Along with two friends, who were also set to give evidence at the tribunal, he left the airport and took a taxi back to the city, as if going home. The three men then got into another car, turned their phones off, and drove at high speed across the border to neighboring Kyrgyzstan, completing the four-hour journey in three. From Bishkek, they managed to fly to Istanbul, Dubai, and finally, London. The relief was immense. But Otarbay, who has two children in Kazakhstan and two more in Xinjiang, felt anxious about leaving his family behind, and afraid of any punishment that might be meted out to them by the authorities once he told the truth about his experiences to the tribunal.

In Altay, Xinjiang, where Otarbay’s parents and two of his children live, the Chinese authorities were visiting his parents at their house and threatening them about the consequences if their son gave evidence. His sister, who lives in Shanghai, called Otarbay and begged him not to testify.

On the day of the tribunal, Otarbay told the panel of judges how he was starved, beaten, brainwashed and forced to work in Xinjiang’s network of camps and prisons. “Since there were cameras in other places, they would take us to a separate washroom where a camera wasn’t installed, and they would beat us with electric batons,” he said, via an interpreter.

The pressure exerted on Otarbay to stop him from testifying is part of a wide-ranging campaign by the Chinese and — by proxy — the Kazakh governments to undermine the Uyghur Tribunal in London, and denounce any international attempt to establish the truth about the crushing system of detention and surveillance inflicted on Xinjiang’s ethnic minorities. To date, as many as one million Uyghurs have been held in so-called “re-education” camps.

The Uyghur Tribunal’s second hearing took place between 10 and 13 September, at Church House in Westminster, moments away from the Houses of Parliament. It was held to investigate allegations of genocide by the Chinese state against Uyghur, Kazakh and other Turkic Muslim populations in Xinjiang. The trial was formally requested by the World Uyghur Congress, but acts as an independent people’s tribunal, chaired by QC Sir Geoffrey Nice, who previously led the prosecution of the former Serbian president Slobodan Milosevic for war crimes. It has no powers of sanction or enforcement, but has, nonetheless, been targeted by the Chinese government throughout its first hearings in June and again this month.

The People’s Republic of China did not respond to the tribunal’s requests to take part in the proceedings. Instead, it imposed sanctions against the tribunal and its organizers.

During a press conference this week, Zheng Zeguang, China’s ambassador to the U.K. said: “The so-called witnesses the organizers have put together are merely actors who have been making up the so-called persecution that never happened at all.”

Zheng added that he asked the U.K. government “to stop the organizers from continuing such malicious behaviour.” The U.K. Foreign Office did not respond to requests for comment about whether it had sought to reassure the ambassador over the tribunal. Zheng was told he was banned from visiting the U.K. parliament on September 15, while sanctions remain against several MPs and peers.

Organizers of the tribunal have said the hearings were marked by condemnation from China and other covert attempts to undermine the proceedings.

“China continued its attack to harass the witnesses who agreed to give evidence,” said Hamid Sabi, the tribunal’s counsel, during closing remarks on Monday. He described how, following pressure by the Chinese government, two witnesses withdrew their statements.

Organizers of the tribunal also told me that the host venue, Church House, had been put under pressure not to hold the event. “I think there was some effort to actually try to hire out another part of the building by people who were connected to the Chinese Embassy, so it gives you an idea of how deep this thing went,” said Luke de Pulford, an advisor for the tribunal and co-founder of rights group the Coalition for Genocide Response.

Tribunal staff also experienced a number of suspicious attempts to hack into their digital security. “We did receive a high number of fake bookings in the build-up to the hearings,” said Frankie Vetch, a project assistant at the tribunal. He described how the organizers received several suspicious emails and login attempts. This led them to take measures to safeguard the data of their witnesses, including ensuring that there was no public Wi-Fi connection within the venue, in order to prevent outsiders from hacking into the system.

The Embassy of the People’s Republic of China in London did not respond to requests for comment.

Muetter Iliqud, a project researcher at the Uyghur Transitional Justice database, which registers disappeared and imprisoned Uyghurs in Xinjiang, presented her report at both the tribunal’s June and September sessions. In the days leading up to both hearings, her Telegram app notified her of numerous login attempts on her account. The same thing happened on Facebook and WhatsApp. Her colleagues also experienced similar activity. She showed me her phone and scrolled back through dozens of login alerts. Iliqud and her mother, both based in Norway, also received phone calls from unknown numbers in the lead up to the hearing. “I’m not just risking myself, but also everyone I’m working with, and I’m very worried about it,” she said.

Another expert witness, Julie Millsap, director of public affairs and advocacy at the Campaign for Uyghurs, was harassed by anonymous accounts on Instagram, Twitter and Facebook, which posted old photographs of her pole dancing, along with out-of-focus, fake images of a woman kissing a man in a dance studio. “The messages said, “We’ll show this to your husband,” she said. He then received similar messages. During her testimony, trolls spammed the Uyghur Congress YouTube page with comments denouncing her.

During the June hearings, China’s Ministry of Foreign Affairs held a press conference featuring family members disputing evidence given by witnesses. “They tried to undermine my testimony,” said Qelbinur Sidik, a witness who, in June, recounted being forcibly sterilized in Xinjiang. The day before her testimony, she watched a video of her husband on the official foreign ministry’s Twitter page, who described her story as “nonsense.”

“They were clearly forced to denounce their own family members as liars,” said de Pulford. “The cruelty of this government knows no bounds. They’ll stoop to any low in order to support their narrative, which is to deny there’s any problem to make out like it’s all being made up.”

Erbakit Otarbay has now decided it’s too dangerous to return to his home country and will try to seek asylum in the U.K. “I feel very safe here,” he said. “Bakhyt” last called him on September 9, when Otarbay was already in London. Since then, he has changed his phone number, and the calls have stopped.