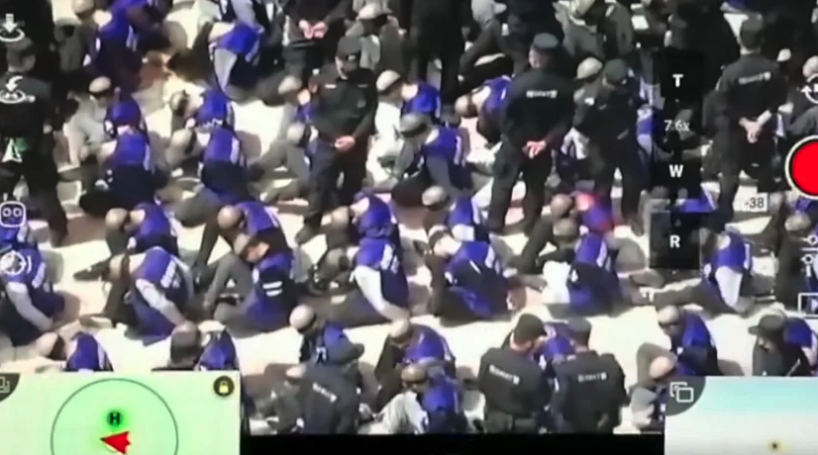 Posted at 11:04h in Press Coverage by benjamin32@fastmail.fm
4 Likes
Share

A people’s tribunal is being held in the UK from Friday on allegations of genocide against Uyghurs and other Turkic Muslim people in China’s Xinjiang region.

While the tribunal’s judgment is not binding, organisers hope the process of publicly laying out evidence will galvanise international action on the alleged abuses and hold them to account.

Luke de Pulford is the co-founder of the Coalition for Genocide Response and Adviser to the World Uyghur Congress.

Writing for ITV News, Mr de Pulford sets out the importance of the ‘people’s tribunal’ and why it is time the world took notice of the plight of the Uyghur muslims – or risk history repeating itself (again).

This week, something of global significance is happening in London.

Uyghur survivors, international human rights experts and lawyers will be converging on the capital for the first of the Uyghur Tribunal hearings.

With all traditional routes to international courts blocked, the tribunal represents one of the only ways China’s alleged crimes against humanity and genocide can be examined. More than that, while political will to hold China accountable remains shockingly low, the tribunal – a people’s tribunal – signals the determination of ordinary citizens to ensure the Genocide Convention does not become a meaningless document. The Uyghur ‘re-education’ camps seen from the air. Credit: AP

In the aftermath of the Holocaust, with “never again” on their lips, representatives of 152 countries solemnly committed to prevent, protect and punish genocide, the “crime of all crimes”.

The 1949 Genocide Convention was supposed to make the horrors of Nazi Germany unthinkable. It laid a responsibility on the international community to prevent a comparable situation unfolding again. Now, 71 years later, it’s hard to argue that it has been a success.

Under our watch genocides have raged from Cambodia to Bosnia, Darfur, Rwanda, Iraq, Burma, and elsewhere. In every case the international community has failed to stop them.

Now we face the same thing again. As you read this, something that has all of the hallmarks of genocide is unfolding in the Uyghur region of China.

Forced sterilisations, family separations, and the mass internment of around one million Turkic Muslims.
The evidence is compelling.

But, again, the international community has done nothing to engage with its obligations under the Genocide Convention and stop it. A protester from the Uighur community holds an anti-China placard during a protest in Turkey. Credit: AP

Part of the cause is that genocide is now almost universally understood as a legal term.

This means that it has to be proven beyond doubt before governments are willing to act, or even use the word. The second important roadblock is that the principal means for determining genocide is through the United Nations. Not only is this exceptionally slow, it can also be blocked by countries with veto power or who refuse to consent to the jurisdiction of those courts.

So, when efforts were made to recognise the genocide of Yazidis, the minority viciously persecuted by Daesh, the UN route was closed. The UK and others said that Russia and China would veto a referral to the International Criminal Court. Yazidis are still waiting for justice.

Governments aren’t even willing to try to get a legal determination through the United Nations about what the Chinese Communist Party is doing to the Uyghurs, because they know China will block it. Footage of one of the camps. Credit: AP

They’re right, of course. But this is hardly good enough.

The Genocide Convention binds us – the UK – and every other signatory to prevent and punish the “crime of all crimes”.

This is where the Uyghur Tribunal comes into play. The Uyghur Tribunal is a People’s Tribunal – institutions with a colourful history. In 1966, the Philosophers, Bertrand Russell and Jean-Paul Sartre, established such a tribunal to investigate and evaluate war crimes in Vietnam.

The project had its limitations, but the idea has since developed into an effective way to reach evidence based conclusions about mass atrocity crimes outside of the international process.

It’s a model which is now being used to assess alleged crimes against the Uyghur people which Professor Adrian Zenz has called the “largest internment of an ethno-religious minority since the Second World War”. Rushan (left) with her sister Gulshan who has been missing since September 2018 after she criticised the CCP. Credit: ITV News

Evidence for incarceration, “re-education”, stripping of religious and cultural identity, destruction of their cemeteries, enslavement and use as forced labour, and prevention of pregnancies of Uyghur people, even institutionalised rape, is overwhelming.

We cannot continue to shrug in the direction of China’s UN veto and stick to the line that genocide determination is a “matter for the international judicial system” knowing that there is no route to a court. This is a recipe for more genocide, not less.

Of course, genocide is a term that must never be used lightly. However, the current Catch-22 is creating a situation where it is in danger of never being used at all.

Our failure to secure justice for Uyghurs might not be condoning these crimes, but it is also failing to condemn them, and allowing perpetrators to denounce reports as “fake news”.

Where our multilateral mechanisms are failing to confront the crime of all crimes, we, as private citizens, with all our privileges and freedoms, have a duty to shine a light into these dark places and to pay more than lip service to honouring the solemn commitments made in our names 71 years ago.